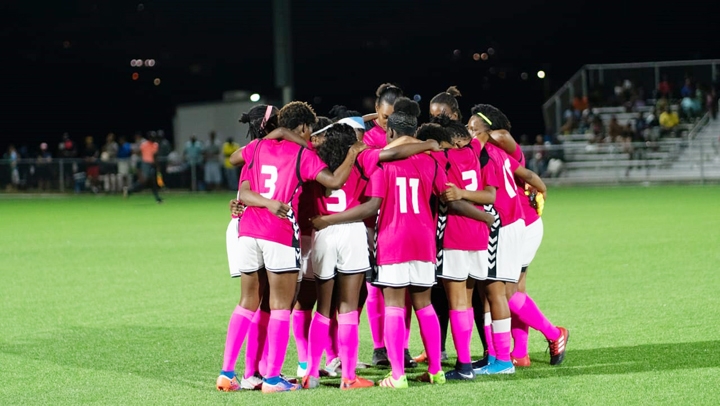 The Fort Road women’s team celebrated their first win on the competition on Thursday. (Photo courtesy ABFA)
Spread the love

Freeman’s Village Scorpions were big winners in Zone A of the Antigua and Barbuda Football Association’s (ABFA) Second Division on Thursday, hammering Mahico Stars 7-1 when they met in Freeman’s Village.

The win lifts Scorpions to 26 points and seventh in the 14-team standings. Mahico had their lone goal in the contest come from Jamar Emanuel in the 54th minute as they remain on four points and second from bottom in the standings.

Two other matches scheduled in the Second Division for Thursday did not materialise. Bolans vs Potters and FC Aston Villa vs Empire were both postponed.

Meanwhile, in the First Division, Tyum and Blue Jays both dropped crucial points when they played to a scoreless draw. Tryum move to 31 points and third in the standings while Blue Jays are now fifth with 29 points.

In the lone women’s match contested Thursday, Grenades went under to Fort Road 1-0. Monica Bird scored for Fort Road in the 48th minute as they claimed their first victory of the tournament.

IMF urges gov’t to save for hard times